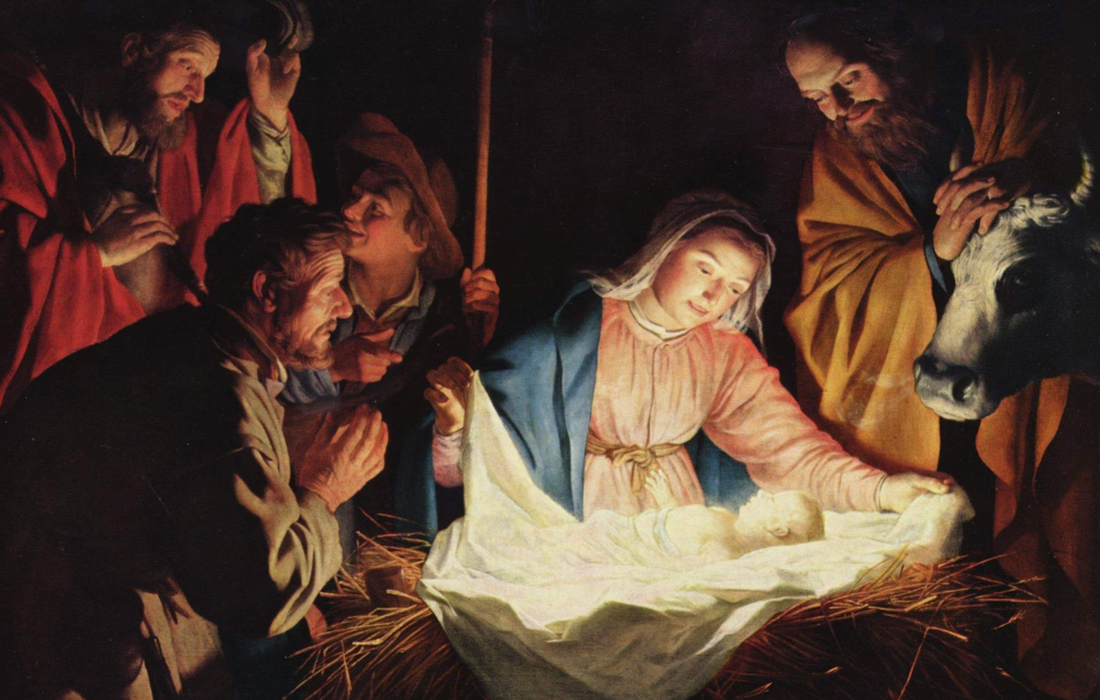 My child, as you turn your head to sleep
Nestled in blankets warm and deep,
Turn your thoughts towards lofty things,
Consider the joy your Savior brings.

Seated in Heaven, a high, holy King
Benevolent Lord and giver of things;
The source of all truth and justice and worth
Exchanging it all for lowly birth.

The story is old, older than earth’s sand
Of a God who we hope would dwell in our land,
But these hopes are in vain for this type of descent
To visit a world, so torn and bent.

This place of destruction where men fight men
For meager scraps of land and rights to defend,
For help from on high with our small, daily needs
For gifts from a king we dare not even see.

A pitiful dream they say, is all this could be.

But then a star shown in a way unexpected
To shepherds in a land that had felt so rejected,
To thinkers in the east a story unfolds
The birth of a King in a land, it foretold.

And this child is lowly, not robed in fine threads,
But spending his days turning wood into beds
Or chairs or tables, a carpenter’s son
A kid they all knew, but a king to none.

There was still, though, that fact of His virgin birth,
Those claims this man made of descent down to earth,
His relation to God, his claims unexpected
Would lead to his death, if not fully accepted.

And He held to His truth, in the face of a nation
And spoke to the world of his plan for redemption;
The men who fought men would now put down their swords
And would take up a cross to follow their Lord.

Faith’s power, a thing that many had claimed
And used for all kinds of ill-gotten gain;
The ancient gods playing in the sandbox of sin
Give no hope to us in our battle within,

But Jesus, unlike all these leaders of old
Was no longer dead as the story unfolds.
While the tombs of the ancients, inscribed with their thoughts
Are filled with the bones of men that will rot.

And all throughout time the dirt in our hearts
Still leads us to wander from the point of that star;
But “Emmanuel” tells us that we have a King
Who wants to be near us, salvation He brings.

This story is old, from the dawn of time,
A hope that, my child, is yours and is mine,
So in closing your eyes let your little heart sing,

God with us, in life, that truth changes everything.

Comments are not enabled. The world is a spam-ridden place. Feel free to shoot me a message on Facebook or twitter. - Josh